The Proper Response to Scandal 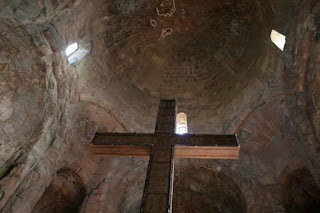 And you, therefore, when you see some who are stumbling because of what has occurred (scandal), first take into account that their stumbling does not result from the events but from their own weakness - which is clearly shown by those who have not stumbled. Then, consider that as a result, many have shone even more brightly, glorifying God, and with all earnestness giving thanks to Him even for these things. Therefore, regard not those who are shaken to and fro, but those who are standing firm and remaining steadfast, and in this way are becoming stronger. Do not regard those who are thrown into confusion, but those who are sailing before the wind, and who are much more numerous than those who are being swept away. But even if the latter were more numerous, one man doing the will of God would be superior to thousands of transgressors.