We Lead Christ Along After Us 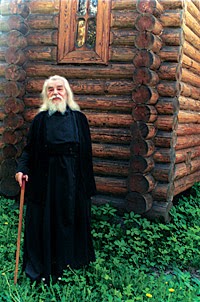 The hidden reason for our discord, my dear ones, consists of this, we remain only outwardly with Christ but inwardly we forget about Him; we do not follow after Him, rather we lead Christ along after us. "O Lord, look with delight on my labors, my podvigs; see I have done this and that."

Me! Me! Me! And thus "Me" has already closed Christ off from us, but it - our "Me" - becomes worn out from its own weakness, its own powerlessness. Yet Christ only looks on us with a bit of reproach, as upon His unreasonable children; He allows us to completely delight in our own powerlessness so that we would come yet again to Him, this time already on our own.

Eternal Truth For All Times 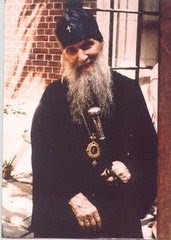 "At the present time of universal wavering, disturbance of minds and corruption, it is especially demanded of us that we should confess the true teaching of the Church no matter what might be the person of those who listen and despite the unbelief which surrounds us. If for the sake of adaptation to the errors of this age we shall be silent about the truth or give a corrupt teaching in the name of pleasing this world, then we would actually be giving to those who seek the truth a stone in place of bread. The higher is the standing of one who acts in this way, the greater the scandal that is produced by him, and the more serious can be the consequences." 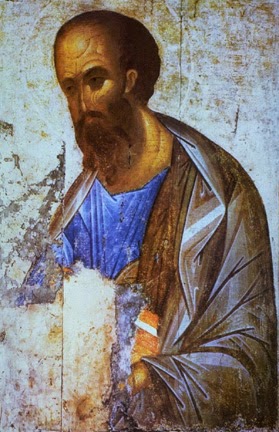 "Therefore, brethren, stand fast and hold the traditions which you were taught, whether by word or our epistle" 2 Thess. 2:15

"Yes, and all who desire to live godly in Christ Jesus will suffer persecution. But evil men will grow worse and worse, deceiving and being deceived. But you must continue in the things which you have learned and been assured of, knowing from whom you have learned them, and that from childhood you have known the Holy Scriptures, which are able to make you wise for salvation through faith which is in Christ Jesus." 2 Tim. 3:12-15

"Preach the word! Be ready in season and out of season. Convince rebuke, exhort, with all longsuffering and teaching. For the time will come when they will not endure sound doctrine, but according to their own desires, because they having itching ears, they will heap up for themselves teachers; and they will turn their ears away from the truth, and be turned aside to fables. But you be watchful in all things." 2 Tim 4:3-5

Posted by Fr. Zechariah at 3:56 PM No comments:

By St. John of Damascus

It is not without reason or by chance that we worship towards the East. But seeing that we are composed of a visible and an invisible nature, that is to say, of a nature partly of spirit and partly of sense, we render also twofold worship to the Creator; just as we sing with our spirit and our bodily lips, and we are baptized with both water and Spirit, and are united with the Lord in a twofold manner, being sharers in the mysteries and in the grace of the Spirit.

Since, therefore, God is spiritual light, and Christ is called in the Scriptures the Sun of Righteousness and Dayspring, the East is the direction that must be assigned to His worship. For everything good must be assigned to Him from Whom every good thing arises. Indeed the divine David also says, Sing unto God, you kingdoms of the earth: O sing praises unto the Lord: to Him Who rides upon the Heavens of heavens towards the East (Ps 67:34 LXX). Moreover the Scripture also says, And God planted a garden eastward in Eden; and there He put the man whom He had formed (Gen. 2:8): and when he had transgressed His command He expelled him and made him to dwell over against the delights of Paradise, which clearly is the West. So, then, we worship God seeking and striving after our old fatherland. Moreover the tent of Moses (the Tabernacle) had its veil and mercy seat towards the East. Also the tribe of Judah as the most precious pitched their camp on the East. Also in the celebrated temple of Solomon the Gate of the Lord was placed eastward. Moreover Christ, when he hung on the Cross, had His face turn towards the West, and so we worship striving after Him. And when He was received again into Heaven He was borne towards the East, and thus He will come again in the way in which they beheld Him going towards Heaven (Acts 1:2); as the Lord Himself said, As lightning comes out of the East and shines even unto the West, so also shall the coming of the Son of Man be (Mat. 24:27).

So, then, in expectation of His coming we worship towards the East. But this tradition of the apostles is unwritten. For much that has been handed down to us by tradition is unwritten.

From: Exposition of the Orthodox Faith, Book IV, Chap. XII
Posted by Fr. Zechariah at 1:01 PM No comments: