Early Christianity in the West 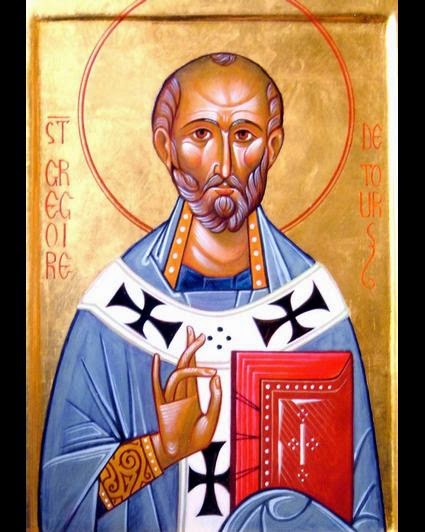 The 20th century Orthodox Christian will find little that is strange in the Christianity of 6th century Gaul; in fact, if he himself has entered deeply into the piety and spirit of Orthodoxy as it has come down even to our days, he will find himself very much at home in the Christian world of St. Gregory of Tours. The externals of Christian worship – church structures and decoration, iconography, vestments, services – after centuries of development, had attained essentially the form they retain today in the Orthodox Church. In the West, especially after the final Schism of the Church of Rome in 1054, all these things changed. The more tradition-minded East, by the very fact that it has changed so little over the centuries even in outward forms, is naturally much closer to the early Christian West than is Catholic-Protestant West of recent centuries, which had departed far from its Orthodox roots even before the present-day “post-Christian” era arrived.

Some historians of this period, such as O.M. Dalton in the Introduction to his translation of St. Gregory's History of the Franks (Oxford, 1927, two volumes), find much in Christian Gaul that is “Eastern” in form. This observation is true as far as it goes, but it is made from a modern western perspective that is not quite precise. A more precise formulation of this observation would be the following:
In the 6th century there was one common Christianity, identical in dogma and spirit in East and West, with some differences in form which, at this early period, were no more than minor and incidental. The whole Church met together in councils, both before and after this century, to decide disputed dogmatic questions and confess the one true Faith. There were numerous pilgrims and travelers, especially “Westerners” going to the east, but also “easterners” going to the West, and they did not find each other strangers, or the Christian faith or piety or customs of the distant land alien to what they knew at home. The local differences amount to no more than exist today between the Orthodox Christians of Russia and Greece.

The estrangement between East and West belongs to future centuries. It becomes painfully manifest (although there were signs of it before this) only with the age of the Crusades (1096 and later), and the reason for it is to be found in a striking spiritual, psychological and cultural change which occurred in the West precisely at the time of the Schism. Concerning this a noted Roman scholar, Yves Congar, has perceptively remarked: “A Christian of the fourth or fifth century would have felt less bewildered by the forms of piety current in the 11th century than would his counterpart of the 11th century in the forms of the 12th. The great break occurred in the transition period from the one to the other century. This change took place only in the West where, sometime between the end of the 11th and the end of the 12th century, everything somehow was transformed. This profound alteration of view did not take place in the East, where, in some respects, Christian matters are still today what they were then – and what they were in the West before the end of the 11th century.” (Yves Congar, O.P., After Nine Hundred Years, Fordham University Press, 1959, p. 39, where he is actually paraphrasing Dom A. Wilmart.)

One might cite numerous manifestations of this remarkable change in the West: the beginnings of Scholasticism or the academic-analytical approach to knowledge as opposed to the traditional-synthetic approach of Orthodoxy; the beginning of the “age of romance,” when fables and legends were introduced into Christian texts; the new naturalism in art (Giotto) which destroyed iconography; the new “personal: concept of sanctity (Francis of Assisi), unacceptable to Orthodoxy, which gave rise to later Western “mysticism” and eventually to the innumerable sects and pseudo-religious movements of modern times; and so forth. The cause of this change is something that cannot be evident to a Roman Catholic scholar: it is the loss of grace which follows on the separation from the Church of Christ. And which puts one at the mercy of the “spirit of the times” and of purely logical and human ways of life and thought. When the Crusaders sacked and desecrated Constantinople in 1204 (an act unthinkable in earlier centuries for the Christian West), they only revealed that they had become total strangers to Orthodoxy, and therefore to the Eastern Christians, and that they had irretrievably lost what their own ancestors in 6th century Gaul had preserved as the apple of their eye: the unbroken tradition of true Christianity.

Posted by Fr. Zechariah at 4:18 PM No comments: