The Charismatic Movement and the Orthodox Church: the perspective of one Orthodox Priest, part 2

This article is part two in a series.

A “Charismatic” Movement in the Early Church

In the town of Phrygia, central Asia Minor, about the year 160AD, a man named Montanus claimed to be “seized” by the Holy Spirit. He began to receive “special” messages, “speak in tongues,” prophesy, and so forth. Two women “prophetesses” soon join him: Priscilla and Maximillia.

This occurrence takes place well before the above given general date of 311AD (according to the Emerging Church scheme, when the Church allegedly enters a time of “darkness;” see part one of this series). Thus, even for a person subscribing to an Emerging Church philosophy, this incident should bear weight. It transpired when the Church, according to such thought, was still “being led by the Spirit.” 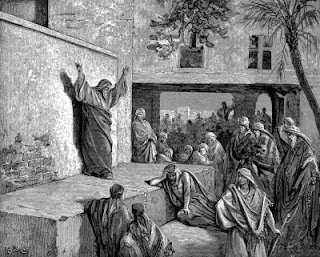 The History of the Early Church by Eusebius gives these details, “There is said to be a certain village called  Ardabau in that part of Mysia, which borders upon Phrygia. There first, they say, when Gratus was proconsul of  Asia,  a recent convert, Montanus by name, through his unquenchable desire for leadership, gave the adversary opportunity against him. And he became beside himself, and being suddenly in a sort of frenzy and ecstasy, he raved, and began to babble and utter strange things, prophesying in a manner contrary to the constant custom of the Church handed down by tradition from the beginning … Thus by artifice, or rather by such a system of wicked craft, the devil, devising destruction for the disobedient, and being unworthily honored by them, secretly excited and inflamed their understandings which had already become estranged from the true faith. And he stirred up besides two women, and filled them with the false spirit, so that they talked wildly and unreasonably and strangely, like the person already mentioned. And the spirit pronounced them blessed as they rejoiced and gloried in him, and puffed them up by the magnitude of his promises. But sometimes he rebuked them openly in a wise and faithful manner, that he might seem to be a reprover. But those of the Phrygians that were deceived were few in number … And the arrogant spirit taught them to revile the entire universal Church under heaven, because the spirit of false prophecy received neither honor from it nor entrance into it.”1

The Montanists, based on the brief description above, experienced similar manifestation to those of the P/C movement, and the Universal Church at that time condemned it as heresy and delusion. As the Scriptures profess and caution, and as the Church indicated in Her dealings with the Montanists, not all “Charismatic” experiences are from God.

The Montanists declared that they were ushering in the age of the Holy Spirit, and with it renewed focus on prophecy, speaking in tongues, and the other gifts of the Spirit. To reject their message was, they claimed, blasphemy against the Holy Spirit. The Montanists prophesied in the first person, something unheard of in the Old and New Testament. It appears that Montanus would say, “I, the Holy Spirit, say to you ...” Whereas the Old and New Testament prophets all spoke in this manner, “Thus says the Lord ...” (cf. Act. 21:11; Is. 8:1). They also fervently expected the immediate return of Christ, even professing to know location and date. One author states, Montanists, “Claiming to receive revelation directly from God that fulfilled and superseded the revelation given to the Apostles, Montanus emphasized direct, ecstatic, and highly emotional spiritual experiences for all believers … (they) did not claim to be messengers of God but rather claimed that God 'possessed' them and spoke directly through them.”2

I will interject here a little personal experience: first, I remember at various meetings (while I was still a Charismatic) hearing people speak in the first person “I, the Lord, say ….” Second, when I first encountered the Montanist account, even before I was Orthodox, I was struck by its similarity to what I had hence experienced. One has but a few options: either push the date when the Church enters “darkness” back before 160AD so as to disregard the response of the Church to this movement, or admit that my experiences, and their strong resemblance to Montanism, had been at best very questionable. I went with the latter option.

Further testimony of the early Church has also come down to us in a letter of one Miltaides. He duly witnesses, “But the false prophet falls into an ecstasy, in which he is without shame or fear. Beginning with purposed ignorance, he passes on, as has been stated, to involuntary madness of soul. They cannot show that one of the old or one of the new prophets was thus carried away in spirit. Neither can they boast of Agabus, or Judas, or Silas, [Acts 15:32] or the daughters of Philip, or Ammia in Philadelphia, or Quadratus, or any others not belonging to them … For the apostle thought it necessary that the prophetic gift should continue in all the Church until the final coming. But they [i.e. Montanists] cannot show it [i.e. continuity with the Universal Church]...”3

Evidently, Montanus also used his newfound power to take up large-scale collections of money. He, “named Pepuza and Tymion, small towns in Phrygia, Jerusalem, wishing to gather people to them from all directions; who appointed collectors of money; who contrived the receiving of gifts under the name of offerings; who provided salaries for those who preached his doctrine, that its teaching might prevail through gluttony."4 Obviously Christian ministers have throughout the ages received their “due wages,” in earthly terms, for their labors. What is being decried here is the turning of “ministry” into a money making racket. This was also done at Asuza though extensive mailing lists.

Based upon the available accounts regarding Montanism, the small reconstructed picture bears a remarkable similarity, most of all, to that of the Azusa Street movement, which, keep in mind, was the catalyst for the whole modern “Pentecostal” experience, and its subsequent fruit.

The early Church decisively condemned Montanism at several local councils in Asia Minor, and Bishop Zephyrius of Rome condemned it around the year 200. Although the movement lingered on for a number of years, the answer of the Christian Church was clear: such “charismatic experiences” do not have their source in God. It is false charisma. It has its origin in another spirit. The Christian Church has never known such “manifestations.”

I by no means claim that every aspect of Montanism parallels the P/C movement, but there exist sufficient similarities to cause pause, most of all in the realm of "spiritual" gifts and manifestations.

The carefully deliberated response of the early Christian Church to Montanism and its self-professed “spiritual” gifts and power should cause circumspection for the modern Christian. Are the very recent and current (one hundred years is not that long ago) claims to “spiritual” renewal and power be trusted? Have people put faith in a power, because undoubtedly there is a power involved in the P/C movement, without trying and testing it? Has much of modern Christendom failed to, as St. Paul admonishes, “Prove all things, and hold fast to the good” (1 Thess. 5:21)? Are signs and powers in and of themselves an end-all proof that something is of God? Or are we to test signs and wonders, so as to see where they lead? “If a prophet or a dreamer of dreams arises among you and gives you a sign or a wonder, and the sign or wonder that he tells you comes to pass, and if he says, 'Let us go after other gods,' which you have not known, and serve them, you shall not listen to the words of that prophet ...” (Deut. 13:1-3).

It is no critical statement to simply say, the “Christianity” introduced by the P/C movement has a fundamentally different orientation from that of the Ancient Christian Church. Are its signs and wonders worth heeding? And is it restoring the long lost Church? Are Christians to expect a great last “revival” and the final restoration of the Church?

In the next series, I will undertake to test these claims.