Humanistic and Theanthropic Education, Part One. By St. Justin Popovich

The existence of education reveals the fact that man is an imperfect and incomplete being, as has been witnessed and continues to be witnessed from the experience of the human race. All philosophies, all religions, the sciences, and a myriad of civilizations testify to this fact. Man is a being who must be perfected and completed. Therefore, the main purpose of education is to perfect and to complete man. Immediately, however, the following inevitable question arises: With what must man be perfected and with what must he be made complete?

Observe from every side, man is, according to his essence, “open” towards other beings and to other worlds. He is in no way the closed monad of Leibnitz. With all his being, both his natural and psychic self, man weaves together, consciously or subconsciously, willingly or instinctively, the enormous and incomprehensible bet of life encompassing the whole world. Education, if it wants to be truly human, must begin from observable facts, as well as from fundamental logical principles. The existence in human history of the search for what is perfect and complete give birth in our conscience to the passionate question: Who is a perfect and complete human being? 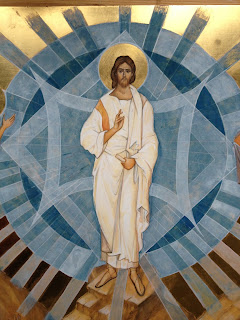 … All divine perfection is humanly real and concrete in Christ. There is not one perfect good or one perfect truth or one perfect beauty which is not incarnate in His Person or realized in His life. On account of all of these, He is precisely the perfect and complete man, the one whom the human race, the human mind, the human heart, has been seeking through a myriad of religions and philosophies, through the sciences, the Arts, and civilization. If we apply this conclusion to education we would say: Christ is that ideal man whom education seeks as its goal, its meaning, and its ideal. With Him and from Him we know what constitutes the true man. In Him we have the type from which each man can build for himself an ideally good, just, perfect and complete man. This is possible without great and insuperable difficulties, because in every labor His gives His divine powers in order that one may obtain all His goodness.

You sense that we are already on the main path of the God-human philosophy of education. Pay attention with seriousness and objectivity tot he internal structure of this education. The plan, the materials, the program, the soul, and the spirit are all according to the Gospel – they are all God-human. The values are divine and the methods are centered on the Gospel. God always occupies the first place, man the second. Man lives and thinks, feels, and works for God. This means that man is illuminated by God. Here specifically the question is not about some abstract, super-heavenly God of Plato or Kant, but about a God of concrete, humanly, earthly reality, of a God who became man and infuses into human categories all that is divine, immortal, and eternal. Therefore, only this one among the human race, namely, the God-man Christ, had the right to seek from men divine perfection (“You, therefore, must be perfect, as your heavenly Father is perfect” Mat. 5:48) and to place divine perfection as the goal of life and as the goal of the whole endeavor of man. By doing this, He gives to men at the same time all the necessary means and all the necessary strength with which to realize this goal of obtaining divine perfection.

What are these means? The holy gospel-oriented virtues: faith and love, fasting and prayer, meekness and humility, compassion and goodness, hope and patience, truth and justice. Applying these virtues produces a holy man, namely, a perfect and complete man. Such a man knows the real meaning of the world and of life, and he lives with his whole being directed towards realizing his given purpose in the arena of human activity. Formed by the holy virtues, such a man draws unceasingly from the aorta of his existence all the immortal powers of the everlasting God-man. Thus. Already in this life he feels immortal and eternal; for this reason he sees every man as an immortal and eternal being. The evangelical virtues are the conduits of divine light; each on instills in man a beam of light. As a result of this a saint radiates, illuminates, and enlightens. He carries in himself “the light of the world”; this light illuminates the whole world so that he also might see its eternal meaning and eternal value. The light of the world is simultaneously “the light of life.” It illuminates the road which leads to immortality and to eternal life. In our human world light and life are synonymous as are darkness and death.

The saints of the Orthodox Catholic Church of God are proof of what has been said above. Education and training are nothing other than the extensions of holiness, the radiance of holiness. The saints sends forth light, and on account of this he enlightens and educates. Education presupposes with all its being holiness. True education is in fact the saint. Without the saints there are no true teachers and educators. Not is there true education without holiness. Without illumination there is no enlightenment. Holiness is holiness through divine light. True education and enlightenment are nothing other than the radiance of holiness; only the saints are truly illuminated. Holiness lives and breathes by light simultaneously shinning and teaching. There is, therefore, an identity common to holiness and illumination.

Education without holiness, namely education without sanctification by the Holy Spirit and without the perfection and the completion of man through the God-man, that is, atheistic education, influenced Europe in its humanistic idolatry. It is immaterial whether or not this idolatry is manifested in the divinization of the Pope or in the divinization of culture, of science, of civilization, of the arts, of politics, of fashion. Everywhere the main objective is to organize man, society, and the world without God, without Christ. This is also true of education. There, the main objective is to illuminate man and humanity without Christ, God. Towards this direction, humanistic education occupies itself with the creation of the new man. The plan for this new man is simple: Christ or anything of Christ cannot exist in the new man. Europe applied itself to the task and began to create the new man without God, society without God, humanity without God. 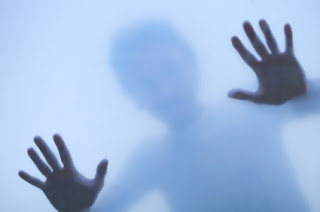 The Renaissance had filled many hearts with hope. This was natural since European man had essentially withered on account of the Vatican … Therefore, the renewal of European man with the humanist spirit of ancient Greece was seen as essential in order to prevent his impending death, For this to be realized it was necessary for European man to be carried away from Christ and to server his every bond with the invisible world.

Rousseau took many things from nature and introduced them to man. The following question quickly arises: What constitutes the nature of man? The senses, answers the empirical philosophy of Locke and Hume. The entire nature of man is derived from the senses and is summarized in the senses. When that which is not essential for man is subtracted from him, only the senses remain to define who he is.
The man who is essentially defined by the senses is very primitive and boorish. For this reason, rationalistic philosophy under the leadership of Descates and Kant proposes a new type of man: man as intellect. Man is above all a rational being. Everything else in him is unimportant to the extent that reason is able to claim primacy in his being.
Yet, the volitionists who were led bySchopenhauer and Styerner, protest that the most important element in man has been omitted. Man's essence cannot be summed up in the senses nor in his reason, since he is neither of these. Rather, he is foremost comprised of volition. Indeed, they say, man as volition is the true man; he is the new man.

Afterwards, Europe was directed towards the search for the new man among inferior creatures in order to, based on the animal kingdom, create man without God. There was great joy and hysterical shouts were heard when the hypothesis that man originated from (a common ancestor with) the ape and other mammals was put forward. Nietzsche with his storms and earthquakes rushed into the world of the slothful and destructive though of Europe. With the passion of a prophet and the ardor of a poet he announced to the world his gospel about man. More ardent in his thought than in his sense, he extrapolated from the volitionism of Darwin the bold but logical conclusion: if the ape is the transitional link to man, why cannot man be the transitional link to the superhuman? Indeed, (Nietzsche surmised) man is a being who stands between victory and transgression. “What is the ape to man? He is an object of laughter and disgraceful shame. The same must be true for what man is to the superhuman: laughter and disgraceful shame.” The superhuman is the reasoning of the earth and the purpose of history …


Excerpted from "Orthodox Faith and Life in Christ", Institute for Byzantine and Modern Greek Studies. 2005.

Posted by Fr. Zechariah at 3:45 PM No comments: